Home » About us » The Nuclear Decommissioning Authority (NDA)

The Nuclear Decommissioning Authority (NDA) is a non-departmental public body created through the Energy Act 2004.

Its sponsoring Government department is the Department for Energy and Climate Change (DECC); for some aspects of its functions in Scotland it is responsible to Scottish Ministers.

It owns 19 former United Kingdom Atomic Energy Authority (UKAEA) and British Nuclear Fuels Limited (BNFL) sites, built in the post-war days of the UK’s early nuclear programme, including Dounreay in Caithness. It is responsible for decommissioning and cleaning up these civil nuclear facilities and plays an active part in the Caithness and North Sutherland Regeneration Partnership.

The NDA Archive, located next to Wick John O’Groats airport, will become the single facility to collect and store relevant records from all the civil nuclear sites in the UK. The Archive will be accessible to the industry, for international research and to the public. Many records will also be digitised.

As a government body, the NDA is responsible for ensuring that all relevant nuclear records are preserved and made available in line with legislation on public information. These records include hundreds of thousands of boxes from Sellafield and Magnox sites currently in archive storage, as well as many thousands of boxes from Dounreay, Harwell and nuclear sites across Britain which have been amassed over 70 years of the industry. 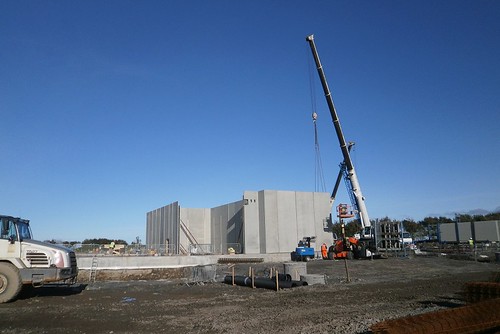 Get in touch so we can discuss your business needs, or just fill out the form to receive regular updates.